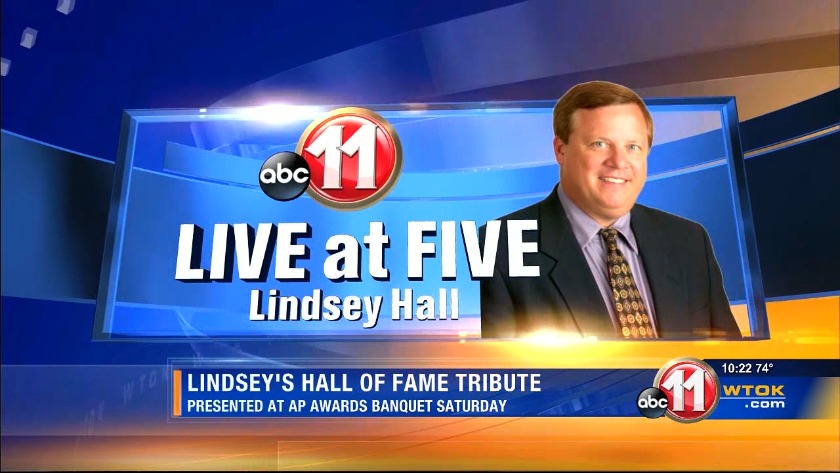 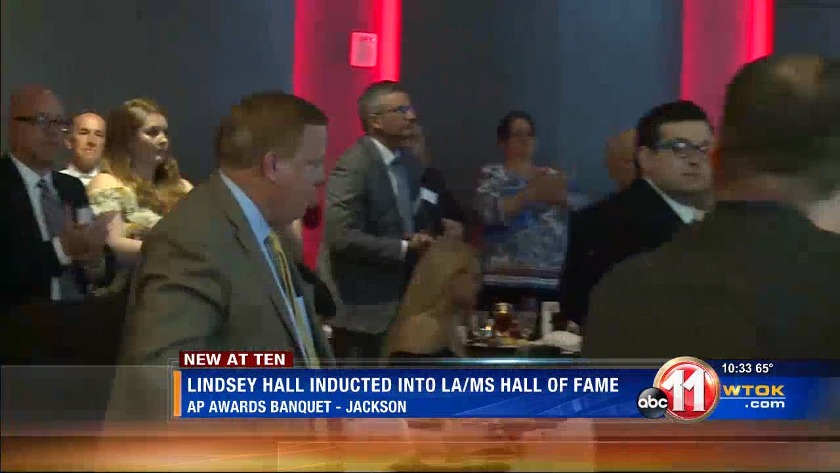 JACKSON, Miss. (WTOK) -- A member of our WTOK family received a prestigious honor Saturday Night at the Associated Press awards banquet in Jackson.

Newscenter 11 anchor Lindsey Hall was inducted into the Hall of Fame for the Louisiana and Mississippi AP broadcasters. You've been watching Lindsey cover sports and news for the past 33 years. A special tribute video of Lindsey was played at the event before he accepted the honor. We talked to Lindsey about what being in the hall of fame means to him.

"All the weekends worked and holidays worked and missing kids ballgames and all that stuff, it's worth it," said Lindsey. "We don't get into this business for the money or the fame. We get into it because we love it, and this is certainly the highlight of my career."

Another person who was inducted into the Hall of Fame was Sally-Ann Roberts, a former anchorwoman for WWL-TV. Her sister, Good Morning America Co-Host Robin Roberts, attended the ceremony Saturday night.

Tilghman to perform live from The MAX Thursday

Tilghman to perform live from The MAX Thursday