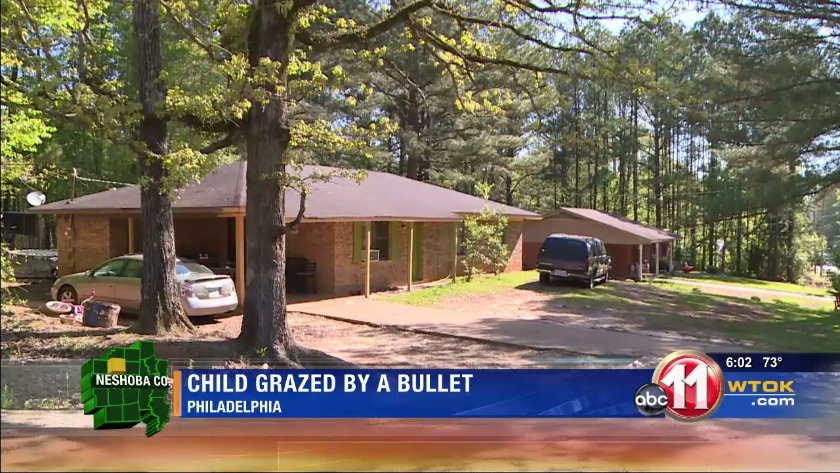 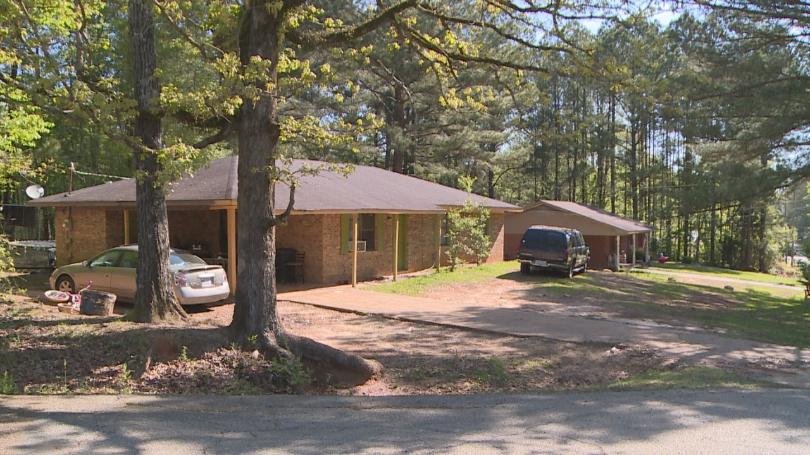 PHILADELPHIA, Miss. (WTOK) - A reward is being offered for information that leads to an arrest and conviction in a case that involves a child, who was grazed by a bullet in Philadelphia. Investigators say the child is lucky to be alive, and they want to find who's responsible.

Around 6:20 Saturday night is when police say gunshots were fired at a house on the corner of Chestnut Street. Some might call the shooting "bold," because the house is located right across the street from the Neshoba County jail.

In all, investigators say it appears that at least ten shots from a handgun were fired at the house.

"We did recover some casings from the scene," says Philadelphia Police Chief Grant Myers. "We're hoping we can find a gun to compare those casings to sometime in the investigation."

Chief Myers says it seems the gunman shot from a car. According to him, at least one of those bullets grazed the temple of an elementary school child, who was in the house. He says the child was transported to a Jackson hospital for treatment, and has since been released. Aside from looking for who's responsible, police are also trying to figure out the motive.

Chief Myers says whomever is responsible could face charges for attempted murder and shooting into an occupied dwelling. Up to a $2,000 reward is being offered through Crimestoppers for information that leads to an arrest and conviction in the case.

The East Mississippi Crimestopper's line is 1-855-485-TIPS. All callers can remain anonymous.