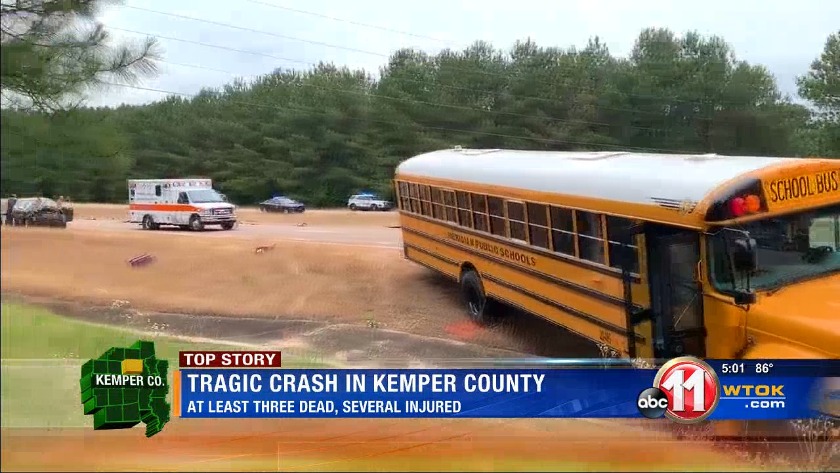 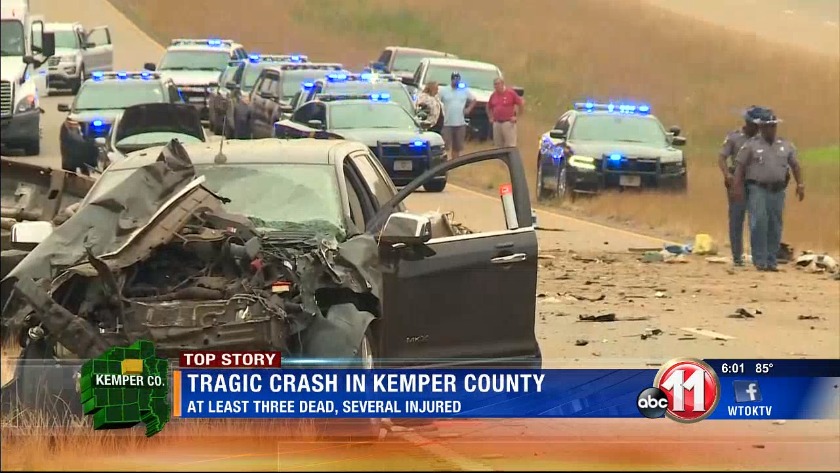 Emergency responders were called to the crash on Highway 45 north of the Lauderdale-Kemper County line about 2 p.m. The highway was closed as a result.

The wreck happened between Enondale Road and Howard Johnson Road on Highway 45.

Kemper County Sheriff James Moore confirmed fatalities and spoke briefly from the scene of the wreck, which he described as "chaos." He said one of the vehicles involved was a school bus that was empty.

"I'd just like to say if I can to the people who are hearing this and seeing this. I'm asking you to please pray for this county and all of those affected in our county for the last few days," said Sheriff Moore. "That's a lot of fatalities, and we are asking for everyone to pray for the families that are involved."

Kemper County Coroner Terry Bostick deaths and said multiple others were transported to various hospitals in the state, some by helicopter and some by ambulance.

Meridian Public Schools' transportation director Jayson Chisolm told Newscenter 11 one of its bus drivers reported to the district that he saw a southbound vehicle shoot across the median and strike several cars. The bus driver took evasive action and the MPS bus ended up being scraped in the collision.