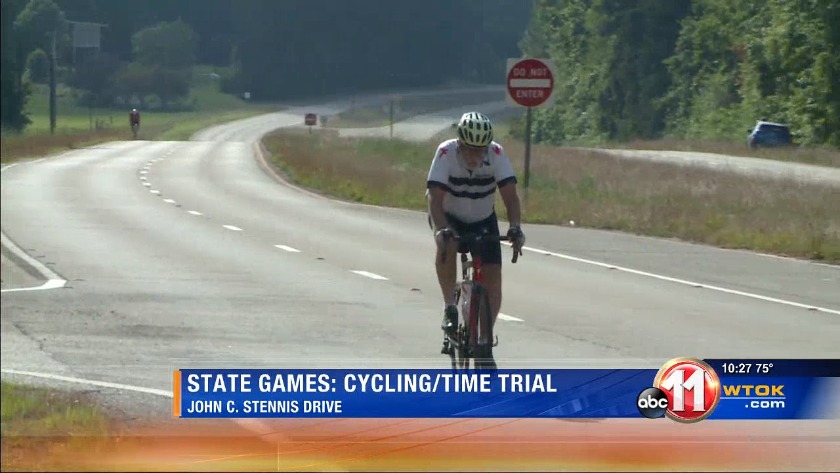 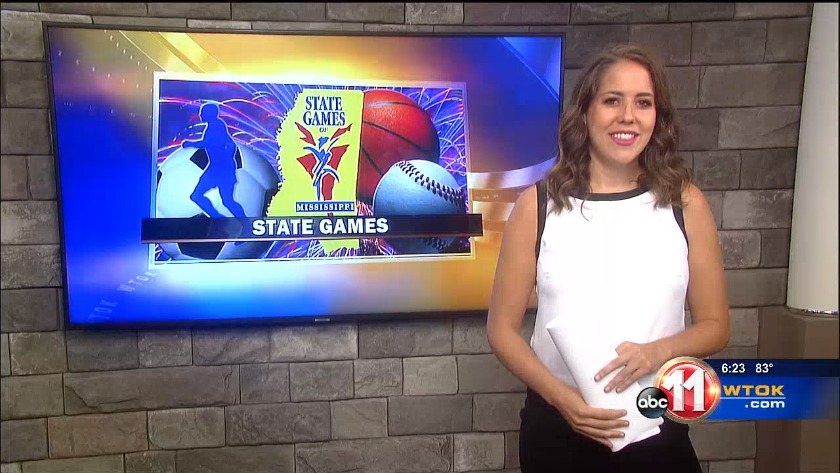 The second full weekend of the State Games of Mississippi brought a slate of individual and unique events that showcased the variety of sports in the games – including the youth archery championship. One hundred forty-six competitors – an event high – participated in one of four age divisions ranging from fourth through twelfth grades. Kreissa Reed brought her Neshoba Central Elementary students with her, their first outing at the Games.

“There’s not a whole lot for elementary archery to do, so when we heard about the State Games we were super excited they were going to let the fourth graders and fifth graders do it with them,” Reed said. “So they feel like they’ve grown and ready to move on in the world and they feel very important being able to do an event like this.”

Per the competition rules, athletes shot a bow and arrow from distances of 10 and 15 meters and are scored based on the location of the arrow – with a perfect dead-center shot worth 10 points. There are six scored rounds (each round with five arrows) and a possible score of 300. Oak Grove High School coach, Alana Donohue, says that many of the athletes are already bow hunters and the event provides an additional opportunity to work on their craft.

“This is – archery is a little bit different in the fact that it has so many thousands of years of tradition worked into this and it draws a lot of kids for that reason,” she said. “These are real skills.”

Seventeen athletes competed in the Masters Swimming competition on the MCC campus. Events such as the 50 meter free and 100 meter back were held in the short course competition pool at the Damon Fitness Center for athletes ages 18 and above. Commissioner Wade Heggie says that the environment is part of the reason athletes chose to return to this event.

“This event is very special because it is a family event,” he said. “Everybody knows everybody. Everybody keeps coming back every year so it’s a great opportunity to catch up, to see what the kids are doing, the grandkids are also…We do have a lot of new people come, they’ll go, ‘Oh, this is a great event.’ So they’ll come back each year afterwards.”

The Masters Swimming has been a part of the State Games for 26 of its 28 years and Jackson’s Jack Mallette has participated in the swimming year every year since it was first introduced.

“George Burns the actor used to say the first thing he did in the morning was check the obituaries if he wasn’t listed he got out of bed so that’s kind of the way I am about State Games,” Mallette said. “Oh, look! It’s June again, it’s time to go swim…I think it’s a wonderful event that’s held in Meridian every year…It’s a blast – we have a great time. We see the same people year in and year out.”

Squats, deadlifts, pull-ups, box jumps and other high intensity weight and cardio combinations made up the RX Fitness Challenge at Caustic Crossfit Saturday. Athletes ages 15 to 55 competed both as individuals and teams and divisions were split up by gender and age group. The event’s commissioner, Steve Cathy, spoke on the sense of friendly competition the challenge presents.

“We basically just get everything we can out of them,” Cathy said. “We’re competing against each other as far as friends and individuals, so it’s all about the sense of community.”

Laurel’s Dawn Stoll echoed Cathy’s sentiments about the comradery of the competition.

“We are a big extended family – doesn't matter where you go,” Stoll said. “This morning seven of us drove in from Laurel, and when we get here, it's like we all know each other from everywhere."

The RX Fitness Challenge has been part of the Mississippi State Games since 2012.

Twelve cyclists ranging in age from 17 to 75 rode one or two laps beginning and ending on Stennis Drive for a maximum of 24 miles Sunday morning. Emry Kennedy was the overall male gold winner and Stephanie Cayula was the overall female gold winner. Kennedy said that the event provided a good opportunity for local riders to compete in a cycling event.

“You see this morning, you have some people that probably don’t race a lot and this is a chance for the local people to come out and do a time trial and do either 13 miles or 24 miles,” Kennedy said. “So it’s convenient and it’s a good course.”

The State Games’ lead intern, Autumn Welborn, was helping to coordinate the event and felt the range of ages and athletic abilities is one of the factors that makes cycling a good opportunity for athletes regardless of background.

“It says that you don’t have to be a professional to be out here,” she said. “I think it’s really cool that we have people of all ages, of all, you know, athletic abilities that are out here being able to compete.”